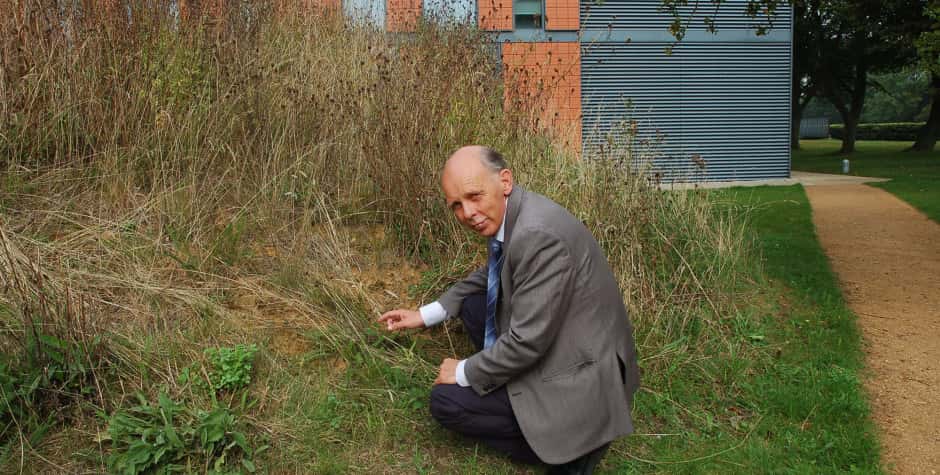 A thriving colony of rare bees has been found nesting in the grounds of Oxfordshire’s Howbery Business Park. It is thought that the nest is one of the most northerly recorded in the country since the Ivy bees were first spotted in Dorset in 2001. The discovery was made by Dr Alan Brampton.

He said, “The typical honey bee isn’t active at this time of the year which is why I took a closer look at the colony of bees.  The Ivy bees are a rare species for the UK.”  The bees have chosen to nest in a landscaped bank, formed using sand recycled by the civil engineering and hydraulics organisation.