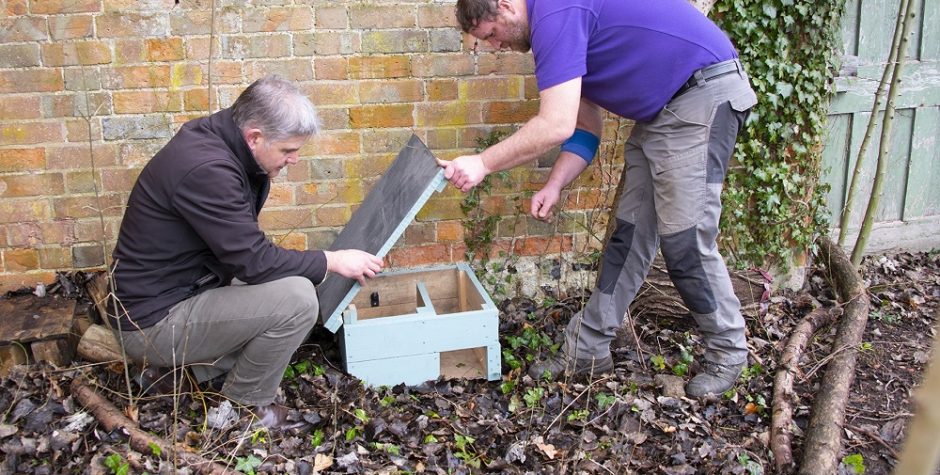 To mark Great Big Green Week, we are holding a lunchtime talk focusing on hedgehogs and launching our Tree Trail. The talk and trail will be open to the general public, as well as those based on the park, free of charge, as part of our aim to raise awareness of biodiversity.

The talk will take place on 28 September at 12.00pm in the Manor House, and will cover hedgehogs and other areas of biodiversity at Howbery. It will be given by Biodiversity Manager Simon Blackley and senior beekeeper Robin Sergi from the Nurture Group, which looks after the Howbery grounds.

We are working with the Nurture Landscapes team to make our grounds hedgehog friendly this year, as part of a six-year biodiversity scheme. The team has already installed seven hedgehog houses and is surveying food sources in the park to ensure that the spiky creatures have ample to eat all year long round. The talk will help people understand more about hedgehogs and other wildlife in the area and how they can help in their preservation.

Nurture’s Biodiversity Manager Simon Blackley explained: “Hedgehogs need support as their numbers have been dwindling for years. Their numbers dropped by about 70 per cent between the 1970s and the 1990s, and a further half of the population of native hedgehogs were lost from the British countryside over the last two decades.”

We will also be launching our new Tree Trail during Great Big Green Week. From 26 September, visitors and people based on the park will be able to pick up a free map from the Manor Café between 9am and 4pm on weekdays. The trail will take in eleven of Howbery’s notable trees, which are marked by plaques in the grounds.

Our beautiful grounds are open to the public from 8am to 6pm on working weekdays and we are only a short walk from the centre of Wallingford. There is a bus stop outside the site and ample parking.

Spaces for the talk will be limited. Please email Donna at [email protected] if you would like to reserve a space.