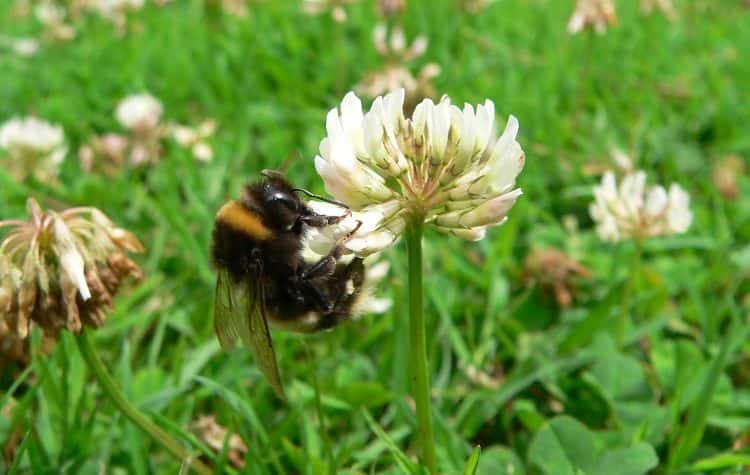 Howbery to create a buzz about bees

We are going to spend the next year at Howbery Park championing bees, having signed up to a scheme that rewards biodiversity initiatives.

To enhance conditions for bees, our team will have to meet a set of objectives set by Nurture (which maintains our grounds) and the Bumblebee Conservation Trust over the next year. These include introducing ‘homes’ for wildlife, buying certain ‘bee-friendly’ plants, using peat free compost, and putting up bee information boards.

When we complete this year’s objectives, the Bumblebee Conservation Trust logo will be inscribed on the blank petal of a flower-shaped award. We will then choose another area of biodiversity – such as butterflies, insects, birds, amphibians or wildflowers – to focus on for the following year to gain our next petal.

“Encouraging biodiversity is very important to us here at Howbery Park,” Estates manager Donna Bowles explained. “We are seeking to make the most of our lovely landscape for our tenants, and that includes supporting nature. We have already developed diverse habitats ranging from ornamental flowers to wildflower areas, and we wish to further this work. Concentrating on bees is an obvious starting point in the biodiversity awards for our park, as we introduced beehives on site in 2016.”

Beehives were introduced after an aggregation of Ivy mining bees was discovered at Howbery Park in 2013. Ivy mining bees are a relative newcomer to the UK and were first spotted in Dorset in 2001.

As part of the new initiative, our gardeners will record sightings of all bees and encourage tenants to do so too. There are currently 24 species of bumblebee in the UK. Two species became extinct in the last 80 years and eight are endangered.

Bumblebee Conservation Trust CEO Gill Perkins, said: “We’re delighted to see Howbery Business Park taking such impressive steps to help wildlife, in particular the bees. Introducing ‘homes’ for wildlife and planting the right flowers will provide food for our important pollinators.  We very much look forward to seeing the results in the grounds.”