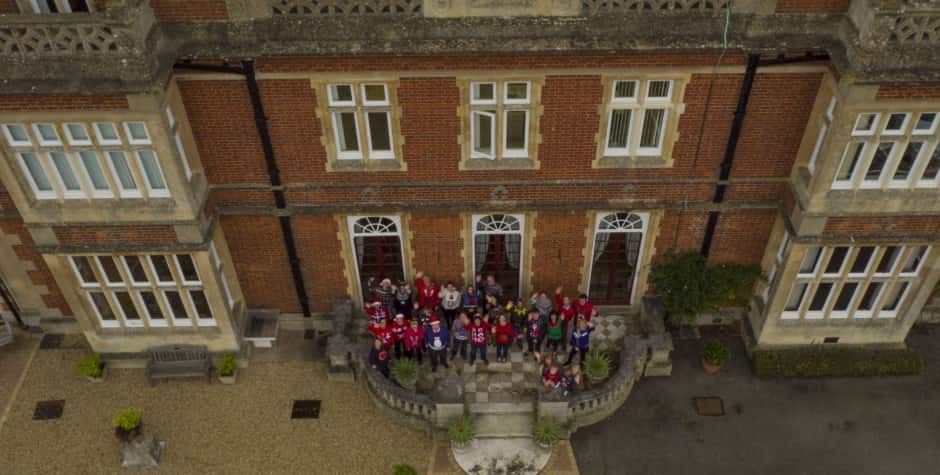 Other members of the band included Leonore Boelee (baritone horn and oboe) Lucas Ginestet (drums), and John Baught (base) of HR Wallingford in addition to Jisun Lee (violin) of CPL Scientific Limited.

Dr Bruce Tomlinson of HR Wallingford and Howbery Business Park, said: “The idea for a festive jam was formed back in the summer and I’m pleased to say that we have unearthed a raft of musical talent at Howbery Business Park to help raise money for a charity that makes a significant difference to people’s lives.”

Style Acre’s newly appointed Chief Executive, Chris Ingram commented: “It was fantastic to see such a wonderful display of Christmas jumpers and hear such great music. We really do appreciate all the effort that has gone into making this event so special and are enormously grateful for people’s generosity. The money raised will go a long way in helping improve the quality of life for the people we support.”

Word on the Wallingford street says The Howberries could be making another surprise performance at Howbery Business Park during 2016. 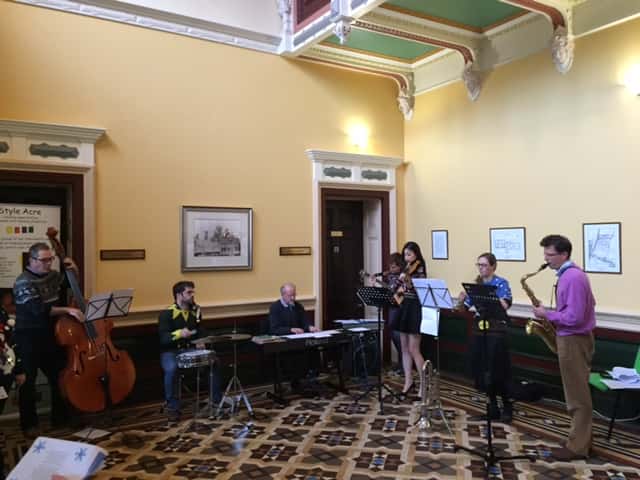 The Howberries performing at Howbery Business Park to raise money for Style Acre in addition to the Howbery community outside of the Manor House.