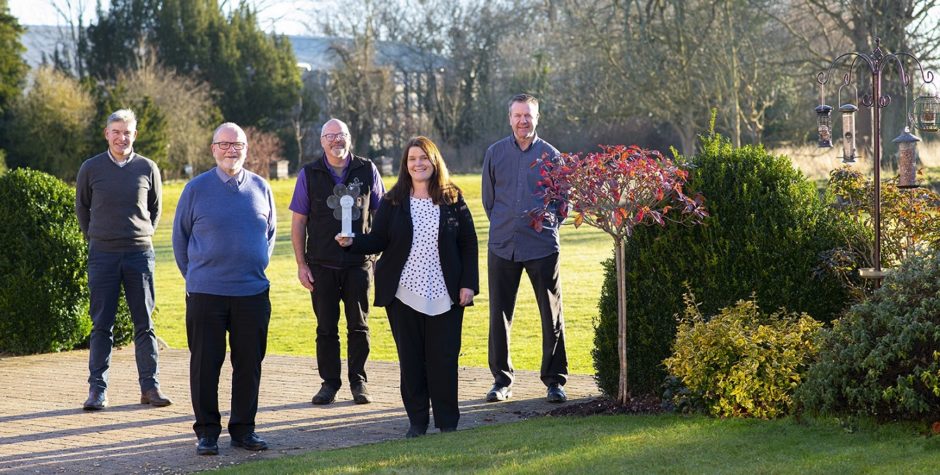 In recognition of completing a year of initiatives to support birds on the park, Nurture Landscapes has presented us with a second inscription – the British Trust for Ornithology (BTO) – on our Biodiversity Award.

Over the last 12 months, we have installed four bird feeding stations, monitoring stations, three tawny owl boxes and other new boxes for songbirds. We also participated in last year’s Big Garden Birdwatch and surveyed the plants and trees in our grounds to check there are plentiful berries and grains for birds to feed on. By completing these initiatives we met criteria set out by Nurture Landscapes and the BTO. 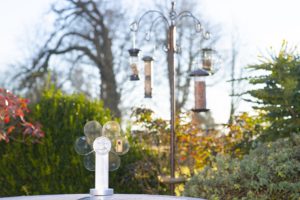 The second inscription on the award, which has six petals, joins that of the Bumblebee Conservation Trust logo, which we earned the previous year for our work championing bees.

Nurture’s Business Development and Biodiversity Manager Simon Blackley said: “The year-by-year approach is giving real structure to Howbery’s biodiversity work, and encourages everyone to think about the needs of one particular area of conservation for a year. I’m particularly encouraged to see the bird feeders next to the café’s terrace, allowing people inside and out to observe the birds. This meets one of the aims of the scheme – to raise public awareness of flora and fauna. In ‘normal times’ we could have run workshops on birds in the park, but that has been tricky with covid-19, so the bird feeders have an important role.”

Estates Manager Donna Bowles added: “Installation of the tawny owl boxes was one of the particular highlights of this year for me. Our Nurture Landscapes team worked with Heritage Tree Services and HR Wallingford’s on-site workshop to design, build and install them. The idea came from discussions between Robin Sergi from Nurture and Alan Brampton (who worked for HR Wallingford at Howbery for many years) about the species seen on the park over the past few decades. Alan observed that tawny owls had been present in the past but not seen recently.

“We will shortly begin initiatives to support hedgehogs to earn this year’s petal, but that doesn’t mean we stop supporting birds suddenly – the focus year is just the starting point for ongoing work. This year we are planning to add more bird boxes, monitor their use, and take part again in the Big Garden Birdwatch.”